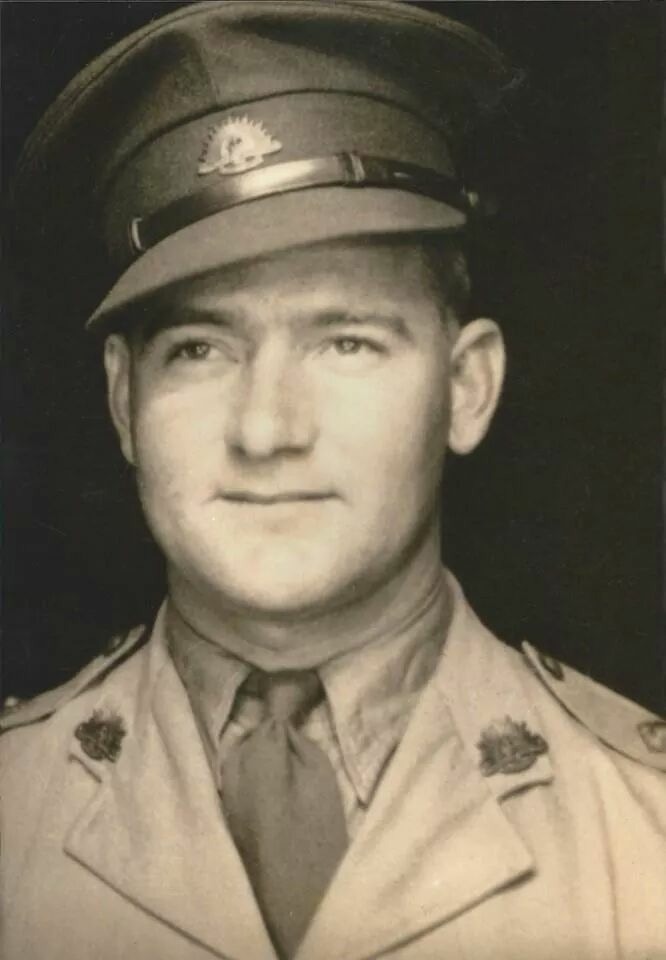 This information is currently in the public domain, what happens is that you have to search the internet a lot to find it:

This document is a post written by Lisa, Craig Wright’s sister, on her Tumblr blog, describing some things, which we already knew from the statements of Craig’s uncle, Don Lynam, despite Craig and his family They have tried to keep all this information as private as possible, finally and especially as a result of the trial that is being held in Florida USA, Ira Kleiman Vs Craig Wright is coming to light and I think that it will finally become an open secret, now you are possibly one of the first to read this text.

This is a picture of my ‘Pop’, my Grand Dad, Captain R. A. Lynam

Every ANZAC Day (25th April) and Remembrance Day (11th November) that passes I often wonder what secrets he took to his grave. This year Ancestry.com.au offered free access to War Records so I decided to have a look after hearing an advertisement on the radio. My Pop served in World War 2. This is what I discovered in the documents… The below image was taken when he was just 22 years old. My Nana didn’t want him to join the army, he had a successful Radio Repair business in rural Queensland, but he still did, he felt he had something to offer the world. Back then there was a greater emphasis on serving your country..

His enlistment to the Australia Army was in 1939, by the time he was discharged in 1946 he had gained the rank of Captain.   After joining his first post in the Australian Army was in the Allied Translator & Interpretor Section, Signal Corp – Brisbane and my Nana tells me he was to be promoted to Major, but decided the Army was no longer for him.

During his time in the armed forces, he served in the Philippines with General MacArthur’s Staff Group “Intelligence, Interrogation, and Code Breaking” Think of movies like the ‘Imitation Game’ for the type of work he would have done.

After leaving the Australian Army, my Pop was part of British/USA/Australian Intelligence Organization and was embedded in the US ARMY, where he was one of the Cryptography and Code Breaking Experts.

He was awarded medals but from the paperwork I have received he did not receive these until 1970. Nana tells me he didn’t want them and did not think he deserved them, it wasn’t until my Uncle asked for them that he wrote to the government seeking them.

My Pop died a few years ago now, survived by my Nana who turned 95 this year. When I was growing up we (my brother, Craig Wright and younger sister, Danielle and I) would walk home from school to Nana & Pops, and as a small child, I didn’t really understand what Pop did and why he travelled. He also had a room, no one was allowed to enter, (well my brother occasionally so Pop could help him with his inventions and weird and wonderful ideas.) This is where he would tinker away. I now believe that room was filled with some of the 20th Century’s earliest forms of communication. My Mum tells a story how they were one of the very first people to own a TV, no one even knew what it was or had heard of it, let alone owned one. The more I discover, the more I understand… Why the people in my family are, who they are.