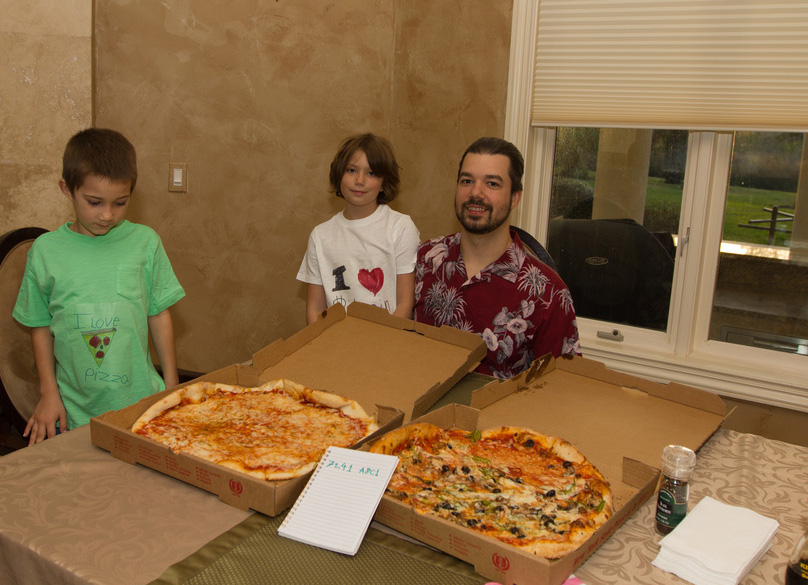 Ten years after murmurs of the world’s first cryptocurrency appeared online, there’s still no definitive clue as to the identity of its creator, the pseudonymous Satoshi Nakamoto.

While Nakamoto vanished from the internet in April 2011, the cryptocurrency creator left behind a slender trail of breadcrumbs in the form of emails exchanged with early bitcoin developers, commentary in online forums, and bitcoin’s original white paper.

While there’s plenty of speculation regarding Nakamoto’s identity, all the guesses hazarded thus far have led to inconclusive dead ends.

One bitcoin developer, Laszlo Hanyecz, best known for making the first real-world purchase in bitcoin for a pair of pizzas, told Business Insider he exchanged hundreds of emails with the bitcoin creator in 2010.

Their interaction began when Hanyecz, who had been mining bitcoins on his laptop, expressed interest in contributing to the cryptocurrency’s development online. Nakamoto agreed, Hanyecz said, and over the course of the year, Nakamoto sent tasks for Hanyecz to complete.

Hanyecz said his interactions with Nakamoto were always “kind of weird.”

“I thought bitcoin was awesome, and I wanted to be involved, but I had a regular developing job,” Hanyecz said. “Nakamoto would send me emails like ‘Hey, can you fix this bug?’ ‘Hey, can you do this?'”

Hanyecz said that even though his work on bitcoin was a side project he worked on for free, Nakamoto treated him as if he were a full-time employee.

“He’d say, ‘Hey, the west side’s down,’ or ‘We have these bugs — we need to fix this.’ I’d be like, we? We’re not a team,” Hanyecz said. “I thought that it was approval from him, that maybe he accepted me as a member. But I didn’t want the responsibility. I didn’t really understand all of the forces that were going on at the time.”

‘I asked a few questions, but he always dodged them’

“He said, “Well, I’d rather not have you do the mining too much,'” Hanyecz said. “He was trying to grow the community and get more commerce use cases. He fully recognized that mining would become a thing where a few people would get wealthy.”

Hanyecz said he would typically contact Nakamoto throughout the week with technical inquiries usually related to bitcoin’s code. When Nakamoto chose to respond, the bitcoin creator would do so all at once, usually toward the end of the week.

“I just assumed he was busy working on other stuff,” Hanyecz said.

Though Hanyecz and Nakamoto were working on a strenuous, highly technical project together, Hanyecz said Nakamoto always maintained a veil of anonymity, to the point that it struck Hanyecz as distinctly odd.

“He or she or whoever it was never told me anything personal,” Hanyecz said. “I asked a few questions, but he always dodged them. Those questions never got answered.”

Because of Nakamoto’s name, Hanyecz — like many others — assumed he was conferring with a slightly eccentric man of Asian descent.

And there were several emails in which Nakamoto struck Hanyecz as paranoid, he said.

“There were a few times when I got messages that seemed off-base,” Hanyecz said. “I brushed them off because I was like, who cares if this guy tells me to go pound sand and go away? This wasn’t my job or anything — it was a hobby. I was trying to be friends with him. He seemed very paranoid about people breaking the software. He kept calling it ‘prerelease,’ and I was helping him get it to release.”

“If anything had happened to the code early on, we wouldn’t be having this conversation today,” he said.

Hanyecz said that he was used to dealing with eccentric people over the internet but that his interactions with Nakamoto consistently gave him what he called “a weird feeling.”

Ultimately, Hanyecz said he had deep respect for both Nakamoto’s project and the person or team behind the name. Hanyecz believes bitcoin might not exist today if it weren’t for its creator’s decision to evade the public eye.

“It’s exciting because people love a man of mystery, but I try to steer people towards the fact that it doesn’t matter who made it; he could be a psycho killer,” Hanyecz said. “People like to identify with heroes or villains, but in the cryptosphere, your code has to speak for itself. Charisma and being an interesting person only gets you so far when you’re a developer. Ultimately, you’ll be judged on the quality of your code and your idea.”