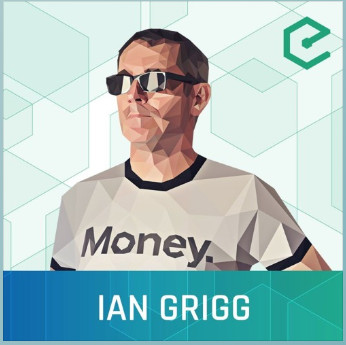 Where the crypto rubber meets the Road of Finance..

Craig Wright has just outed himself as the leader of the Satoshi Nakamoto team.

I confirm that this is true, both from direct knowledge and a base of evidence. CARS.

The death of Kleiman left the team somewhat unbalanced, and it played merry hell on the lives of those left in the team. It is no exaggeration to say that the Satoshi experience marked the people far more than could be appreciated from outside – they changed, their personalities flayed, their tempers tested, their lives turmoiled. Dave Kleiman died in suspicious circumstances, a story yet to be fully told.

Whatever, they are, they became, they suffered as different people, and I cannot say for better or for worse.

Satoshi Nakamoto was cryptography’s best-kept secret since Enigma. For more than 6 years the secret was held by a tiny bunch of supporters ring-fencing around the team – for privacy, for safety, and for fear.

Sometime in summer of 2015 the secret started to spread, and the writing was on the wall. An extortionist and a hacker started attacking, perhaps together, perhaps apart; to add to the woes, Dr. Wright and his companies were engaged in a long harsh bitter battle with the Australian Tax Office.

Satoshi’s various enemies are keeping mum on what they did, but it seems fair to say that the attackers conspired to attack Dr. Wright. On 8th December 2015, a clear result was found in the paparazzi days led by lowbrow gutter press, Wired and Gizmodo. These tabloids launched horrible attacks within hours of each other, and a couple of hours later the ATO raided both home and office – a clear sign of coordination.

Since then, the team has been more or less in hiding, guarded, at great expense and at some fear. Since then, the journalists and editors have one unified name: Mud.

Craig Wright left Australia shortly after and set up in a new location (disclosed as London) with new business, new corporation, new teams. Now that he has come out as the team leader, as the quintessential genius behind the team, a new chapter opens up.

But also closes – Satoshi Nakamoto dies with this moment. Satoshi was more than a name, it was a concept, a secret, a team, a vision. Now Satoshi lives on in a new form – changed. Much of the secret is gone, but the vision is still there.

Yet, a warning to all. Satoshi was a vision, but Craig is a man. The two are not equal, not equivalent, not even close. Which is why the team aspect is so important to understand, something the world will not appreciate for some time. It is true that Craig is the larger part of the genius behind the team, but he could not have done it alone.

Nor – as a warning – is the man the vision. Not even close. As you come to know Craig you will discover he is no legend, no God, no saviour. He’s just a guy, a prickly one at that, he’s a lot like those very difficult geek/nerd/blatherers that turn minor IT support into a social drama. In short, Craig is human, in that very way that Satoshi could never be.

This doesn’t detract from the magnificence of history – that speaks for itself. But please, don’t dump your visionary expectations onto one man. He’s not up to it, you’re not going to like the result, and it’s inhuman.

Satoshi Nakamoto has died, yet long may Satoshi live. Now we really are Satoshi, now you all are. There is no longer any excuse, we each in every way are responsible for taking the vision forward.