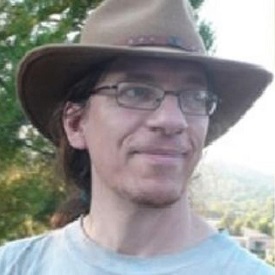 Joseph Vaughn-Perling has been involved in security, privacy, identity management, forensics, law and business development spanning three decades. His involvement in alternative currencies bridges the physical and the virtual as the project lead of the Bitcoin Specie project and Managing Director of the New Liberty Dollar.

Joseph has almost 30 years of experience in the telecommunications and data processing industry and served on the board of directors for telecom companies as well as Senior Applications Architect, Staff Support Manager, Senior Computer Scientist, Computer Technologist, Chief Technical Officer, Computer Analyst and Technical and Software Consultant for Global Fortune 500 companies. Currently Mr. Vaughn-Perling is designing and implementing global communication infrastructure systems and the applications that power them including several in Financial Technology space.

2005 VIDEO Interview published with Bernard von Nothaus where he says a mutual friend tells him Satoshi Nakamoto was a fan: min. 7:40

26/06/2013  Real Compliance: Getting your way by giving in. by JOSEPH VAUGHNPERLING