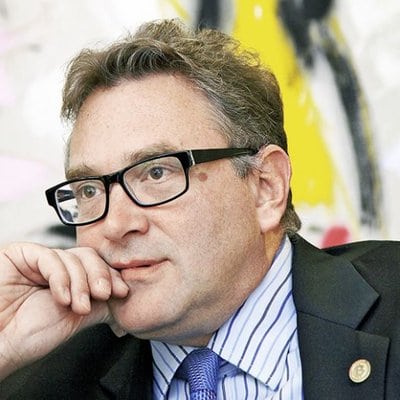 How I Met Satoshi

My relationship with the individual known as Satoshi Nakamoto started in early March 2010 when I received an email from Satoshi pointing me to the published Bitcoin white paper and encouraging me to investigate the system and to begin promoting the network by transacting and mining. At the time, I managed a digital currency blog and this was an email relationship with some brief correspondence.

Then, on June 4th 2015 during a conference, I arranged to meet fellow Bitcoin advocate, Craig Steven Wright, for a cup of coffee at the top floor of the AMP headquarters building in Sydney, Australia. After discussing many technical and economic aspects of the current Bitcoin protocol debates, I returned to my hotel room after an exhausting day. I remember saying to my wife that I had this weird feeling of having just met Satoshi. Of course, I continued the dialogue with Craig in the months after returning from Sydney and leading up to a private proof session in late March 2016.

The reality of an extraordinary event is rarely what you imagine and I am now pleased to know the creator of the Bitcoin protocol and the author of the Bitcoin white paper, Craig Steven Wright. Bitcoin in itself is a brilliant accomplishment. Dr Wright’s substantial academic works merit further attention. I believe that the scale of his achievement, especially the original design of chaining blocks to achieve Nakamoto consensus, has far-reaching implications for our world beyond just a single vertical industry.

During the London proof sessions, I had the opportunity to review the relevant data along three distinct lines: cryptographic, social, and technical. Based on what I witnessed, it is my firm belief that Craig Steven Wright satisfies all three categories. For cryptographic proof in my presence, Craig signed and verified a message using the private key from block #1 newly-generated coins and from block #9 newly-generated coins (the first transaction to Hal Finney). The social evidence, including his unique personality, early emails that I received, and early drafts of the Bitcoin white paper, points to Craig as the creator. I also received satisfactory explanations to my questions about registering the bitcoin.org domain and the various time-of-day postings to the BitcoinTalk forum. Additionally, Craig’s technical working knowledge of public key cryptography, Bitcoin’s addressing system, and proof-of-work consensus in a distributed peer-to-peer environment is very strong.

According to me, the proof is conclusive and I have no doubt that Craig Steven Wright is the person behind the Bitcoin technology, Nakamoto consensus, and the Satoshi Nakamoto name.

This story and its work are far from over.

Directly or indirectly, the work of Satoshi has already provided employment opportunities for tens of thousands of people around the globe and created over $7 billion of new blockchain wealth. The forthcoming research work from Dr Craig Wright can only be described as voluminous and highly technical.

At its essence, Bitcoin displaces the intermediary, or trusted third party, and there will be no sacred cows along the way. It will be methodical, scientific, and unforgiving in its ascent.

Going forward from here, Bitcoin-company board rooms and others throughout the financial ecosystem will be recalibrating business models as these applied developments realign the prevailing orthodoxy. Expect radically-new solutions that address specialized nodes and on-chain scalability, smart contracts that exploit a Turing complete Bitcoin, the impotence of tokenless blockchains, and a systematic decline in the quantity and value of alt-coins.

Of course, overall scalability of the Bitcoin network will continue to evolve and improve, with a decided bias towards efficient on-chain scaling as further advancements in mining and node specialisation are realized. Moreover, this will be possible without compromising or degrading the current optimal levels for mining decentralisation or node decentralisation.

Programmable transactions, or smart contracts, will emerge for various suitable use cases. Much of the proposed functionality in Ethereum-like scripting solutions can be accomplished with the existing Bitcoin network through the use of multiple digital signatures and metadata storage techniques.

Computational power and security of the distributed network will continue to increase beyond the exahash per second rates achieved to date since proof-of-work mining is a zero-sum game. The “second” strongest distributed blockchain will always be less secure than a centralised data center.

Indeed, hashrate matters and will continue to matter.

As the separation of money and State accelerates in real time, Bitcoin will continue to keep the monetary revolution peaceful. Coins in large volume will not be dropped onto the market, thereby strengthening bitcoin’s essential store-of-value element and ultimately benefitting its medium-of-exchange and unit-of-account properties.

We must remember that bitcoin is not the byproduct of a blockchain — the blockchain is the byproduct of bitcoin. Private, permissioned blockchains and distributed ledgers serve only to erect barriers and advance the interests of restrictive cartels whereas the public Bitcoin blockchain works to disrupt, not enable, financial incumbents.

In this new post-legal tender era, it is the central banks not the commercial banks that have the most to lose. We don’t need kings to coin our money and Bitcoin will outlive political institutions. It already has. Consequently, this will have severe transformative implications for governments’ fiscal policy and monetary policy.

I believe that the massive tidal wave of decentralisation and future Bitcoin advancements will start to occur more rapidly now, setting the stage for society to realize the plethora of currently imagined innovations. However, at the center of all of this incredible progress will be the unwavering and critical value of the humble digital bearer token known as bitcoin.

Who is Jon Matonis?: