About finding information related to Bitcoin, quickly and efficiently. 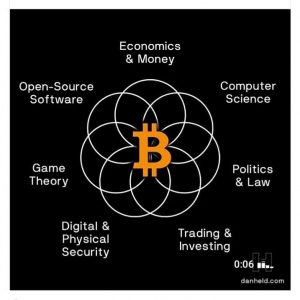 The point is that since 2013 I took Bitcoin as a chaotic invention like a puzzle with hundreds of pieces, which interact with each other, some PIECES will probably never find them, other PIECES I will not know where to fit them, I always kept looking for a platform where upload the information that I found relevant in the form of “thematic blocks or pieces” of an immense puzzle , at the beginning in 2013 I began to make fan Pages with these thematic blocks, (currently I have about 57 Facebook fan Pages ), but with the appearance of Telegram, in 2014 began has to groups and channels to organize chaos is the kind of pieces ofOnline puzzle , where I can access from any device with an Internet connection and I have also made the channels collaboratively, that is, I have chosen some of the members of the channel and made them administrators, with the same privileges as me, especially, they can publish in the channels thus increasing the database.

1- Especially the PIECES, which I can’t find, I won’t invent them ,

1A- I will be able to speculate at a given moment to myself, to be able to imagine the puzzle made and which images are represented, but FILLING THE EMPTY SPACES WITH MYSELF IMAGINATIONS AS IF THEY WERE TRUE IS EXTREMELY DANGEROUS.

I have made a Telegram channel with each of the “pieces” that I think make up the puzzle , when I have had enough indications from various sources as a piece of the puzzle , recognizing that there are some pieces more important than others, BUT ALL ESSENTIAL , because they are part of a WHOLE, and like a clock, if it is lost, it damages a piece, no matter how small it may be, the clock would already tell the time accurately.

In each Telegram channel I have put all the information possible, to be able to know “the shape” and “the place”, where that piece fits, and Telegram has the great advantage that the search function is very fast and very exact, as well that when I want information, I just have to go to the channel in question and put a word in the search menu and voila , a relatively small list of results appears, and I can find what I am looking for very quickly and efficiently.

I have forgotten to say that for all of the above to work correctly, it is essential to be very aware at all times of CREATING and FILLING the channels with relevant information, this is how the database is created, from where you can later find what you are looking for.

Passing off – BTC is passing off as bitcoin – 5 Members

BTC Omni Layer –  a protocol on the BTC layer — Send any Omni asset to any BTC address. – 3 Members

BitCoin is honest money for the entire world   – 4 Members