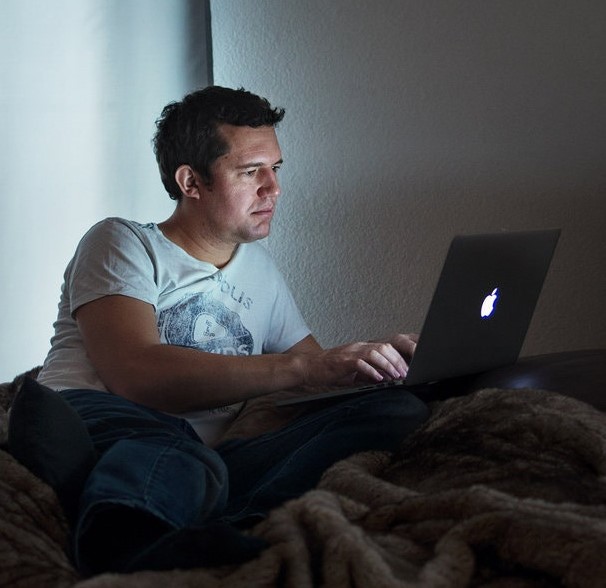 “The vast majority of mining hash power was controlled by people who were psychologically incapable of disobedience to perceived authority.” -Mike Hearn

I’ve spent more than 5 years being a Bitcoin developer. The software I’ve written has been used by millions of users, hundreds of developers, and the talks I’ve given have led directly to the creation of several startups. I’ve talked about Bitcoin on Sky TV and BBC News. I have been repeatedly cited by the Economist as a Bitcoin expert and prominent developer. I have explained Bitcoin to the SEC, to bankers and to ordinary people I met at cafes.

From the start, I’ve always said the same thing: Bitcoin is an experiment and like all experiments, it can fail. So don’t invest what you can’t afford to lose. I’ve said this in interviews, on stage at conferences, and over email. So have other well known developers like Gavin Andresen and Jeff Garzik.

Hello again. It’s been a while.

People have been emailing me about once a week or so for the last year to ask if I’m coming back to Bitcoin now that Bitcoin Cash exists. And a couple of weeks ago I was summoned on a thread called “Ask Mike Hearn Anything”, but that was nothing to do with me and I was on holiday in Japan at the time. So I figured I should just answer all the different questions and answers in one place rather than keep doing it individually over email.

Firstly, thanks for the kind words on this sub. I don’t take part anymore but I still visit occasionally to see what people are talking about, and the people posting nice messages is a pleasant change from three years ago.

Secondly, who am I? Some new Bitcoiners might not know.

Just kidding. I’m not Satoshi. I was a Bitcoin developer for about five years, from 2010-2015. I was also one of the first Bitcoin users, sending my first coins in April 2009 (to SN), about 4 months after the genesis block. I worked on various things:

You can see a trend here – I was always interested in developing peer to peer decentralised applications that used Bitcoin.

But what I’m best known for is my role in the block size debate/civil war, documented by Nathaniel Popper in the New York Times. I spent most of 2015 writing extensively about why various proposals from the small-block/Blockstream faction weren’t going to work (e.g. on replace by fee, lightning network, what would occur if no hard fork happened, soft forks, scaling conferences etc). After Blockstream successfully took over Bitcoin Core and expelled anyone who opposed them, Gavin and I forked Bitcoin Core to create Bitcoin XT, the first alternative node implementation to gain any serious usage. The creation of XT led to the imposition of censorship across all Bitcoin discussion forums and news outlets, resulted in the creation of this sub, and Core supporters paid a botnet operator to force XT nodes offline with DDoS attacks. They also convinced the miners and wider community to do nothing for years, resulting in the eventual overload of the main network.

I left the project at the start of 2016, documenting my reasons and what I expected to happen in my final essay on Bitcoin in which I said I considered it a failed experiment. Along with the article in the New York Times this pierced the censorship, made the wider world aware of what was going on, and thus my last gift to the community was a 20% drop in price (it soon recovered). 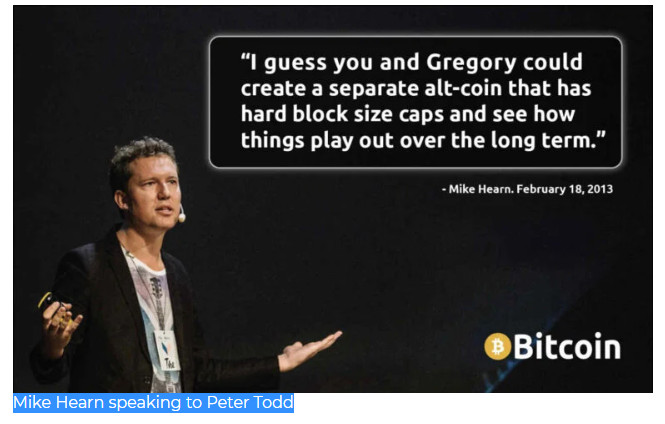 2018-10-08 – VIDEO DevDay – Looking forward, looking back, things you might see discussed on Slack

2016 01 18 A small followup.  Mike Hearn “…Most of the negative feedback was in the form of conspiracy theories about me, rather than addressing the issues raised”. 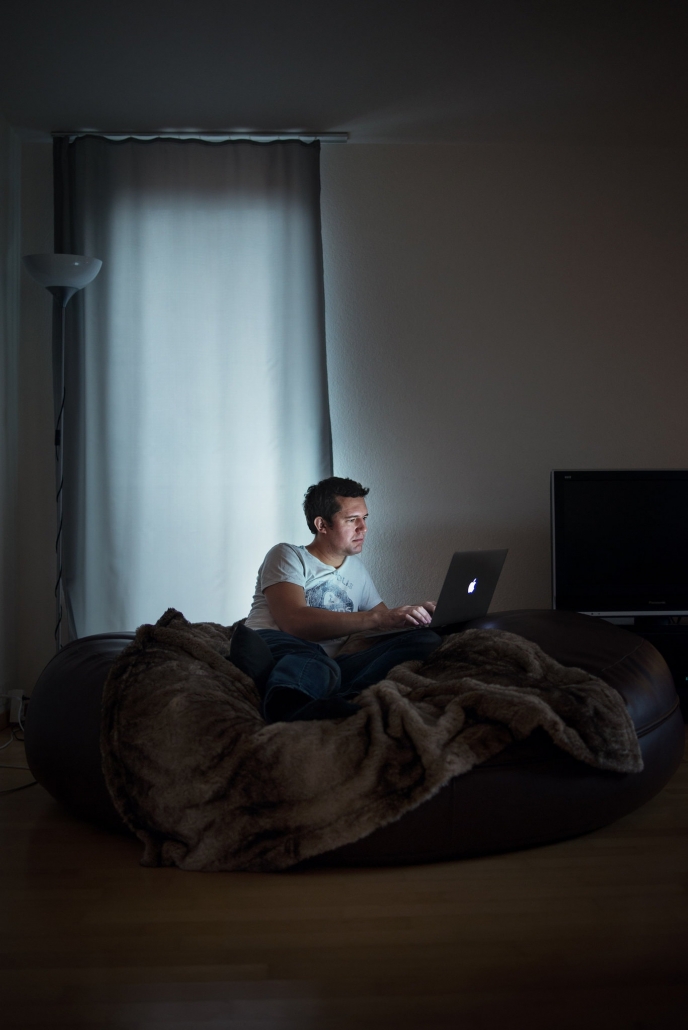 2016 01 17 A Bitcoin Believer’s Crisis of Faith. Nytimes By Nathaniel Popper “It never occurred to me that the thing could just fall apart because of people getting crazy and having fundamental political disagreements over the goals of the project,” Mr. Hearn said in a Skype interview from his apartment. “It’s really shaken my faith in humanity.”

2014 06 10 –On June 10, 2014 Mike Hearn published a Bitcoin Improvement Proposal (BIP 64), calling for the addition of “a small P2P protocol extension that performs UTXO lookups given a set of outpoints.”[5] https://en.wikipedia.org/wiki/Bitcoin_XT 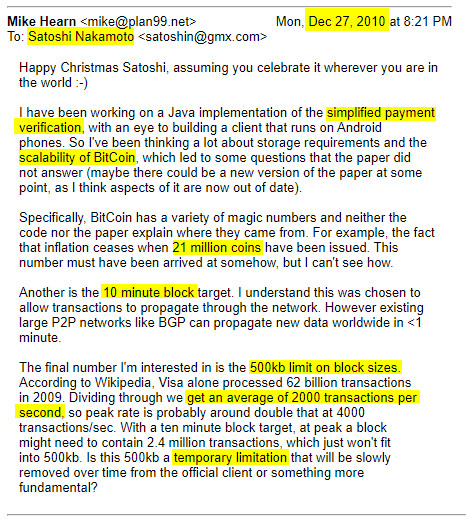 2009 10 24  > The following four lines print from the terminal when I start Bitcoin.   Sourceforge

“on 12 January 2009 – it is the first outgoing transaction we know to have come from Satoshi. Satoshi also sent four other transactions on the same day. I asked Wright who the recipients were – who the four addresses belonged to. ‘Hal, Dave, myself,’ he replied. ‘And another I cannot name as I have no right to do so.’ Wright told me that around this time he was in correspondence with Wei Dai, with Gavin Andresen, who would go on to lead the development of bitcoin, and Mike Hearn, a Google engineer who had ideas about the direction bitcoin should take….”