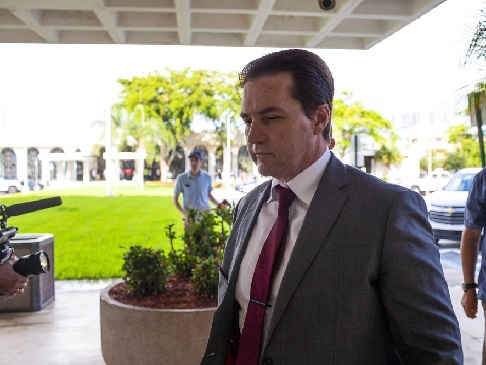 The rebirth of Nakamoto

I have decided to give this name to this text, “The rebirth of Nakamoto”, because I am remembering a lot of a past period in my life, a kind of “deja vu”.

For those who do not know me, I am from Cuba and I NEVER liked Castro’s system despite seeing the good and positive things that he brought to the country, in fact it is thanks to those things perhaps and to his repressive structure, the reason that still governs the policy on the island, but you may ask: What will all this have to do with Nakamoto, the creator of Bitcoin? Well, as I always was a “Gusano” (worm), thanks God, they call us like that, and Im very proud of!!!, I did not commune with the Marxist-Leninist policies imposed by the government, something that some of my neighbors of Cojimar (La Habana) could tell you, the town where I grew up, (Now many of my veins live in Florida, USA or other countries), because I saw how I distanced myself politically from some positions more favorable to the regime, that is, when you have things clear and ap hoisted by FREEDOM, you are able to see how people move from one side to another, moved by endless motives, I think simply, because life is leaving such clear evidence, that there is no choice but to say: “One thing today, and other complete diferent tomorrow” and I sincerely believe in the phrase“ rectify is wise ”, but thanks to my parents, they show me the real values, and I always have this star in the sky that shows me the north, and I don’t have to change my mind every time I wonder what direction I should take.

Allow me to leave here an anecdote, of a very serious case that, of course had consequences, I remember when I was in Miami in 2004, someone told me about a case of someone who had done a lot of damage while being on the side of Fidel in Cuba and after a sudden change, he went to Miami to REdo his new life and there he met someone who had hurt him a lot in Cuba before and it was in Miami where he found justice for all his bad actions, I learned a lot from all those experiences from my country and I know that if you have not hurt, redemption is a very valid option and we should be prepared to receive all those who have seen us in their day, not with very good eyes, I do not know if I get a Catholic influence from my mother or my father’s good person, in short that will be another chapter.

Back to what concerns us: for many, many years, I have seen how many people who sympathized with the policies of the Cuban government have had to make the decision to leave the country and start from scratch in another country, which practices policies radically contrary to what there is in Cuba.

Well, right now, I begin to perceive that there are some people who have publicly advocated for the policies of the BTC Core and one of its heaviest Blockstream arms, in recent years, who begin to show down their support, apparently due to the latest events of the notifications that Craig Wright has sent to the court where the case is being taken between Ira Kleiman and Craig in Florida (USA), since yesterday, January 14, an document arrived:

Dr. Craig Wright files this Notice of Compliance with this Court’s Order dated January 10, 2020 [D.E. 373]. Specifically, Dr. Wright notifies the Court that a third party has provided the necessary information and key slice to unlock the encrypted file, and Dr. Wright has produced a list of his bitcoin holdings, as ordered by the Magistrate Judge, to plaintiffs today.

Where Craig apparently confirms that he has access to 16,404 BTC public addresses, where there may be more than one million BTCs, all of this is evidently to be confirmed in the trial that I suppose will end very soon, but The market has already acted.

Well it seams somepeople begin to understand, if Craig DO NOT LIE and provide all the necessary evidence, so that without any doubts, you will see that he is the holder of those funds, and that implies, many more things, because … How can you explain that you have access to those funds, which belong to the first blocks and not be the creator of Bitcoin? there is no way to evade Satoshi Nakamoto and therefore the creator of White Paper, which by the way was already made by Satoshi, before the WP came out on Oct. 31, 2008, “I believe I’ve worked through all those little details over the last year and a half while coding it, …” (Nov 17 2008) basically what Hal and Bear was reviewing the code for 2 months, from Nov and Dec of 2008, before the software was released on January 3, 2009, the value that the community has contributed to the Bitcoin software is unquestionable, especially at those times, but as far as the evidence is concerned, the code was made by Satoshi, as you can read in the forums of the time.

At this point it should also be clarified that “if someone has my car keys, it does not mean that He owns my car”, or in other words, Craig will not only have to prove that he has access to those public keys, that until January 1, 2020 were blocked with the Tulip Trading Trust, using nLockTime, but also, he will have to provide a series of documents of the time, which relate it to the Bitcoin invention.

All this leads us to the fact that if in the next days, weeks or months, we see how Craig provides all the evidence in the Judgment, we will not only see, that more than one will have to swallow his words, but, even more striking, that we will see some of Craig’s detractors today, clapping his chest saying that “Craig is Satoshi”, in some time in the future, without at least having bothered to study who this man really is, and what has been the motivation for so much effort.