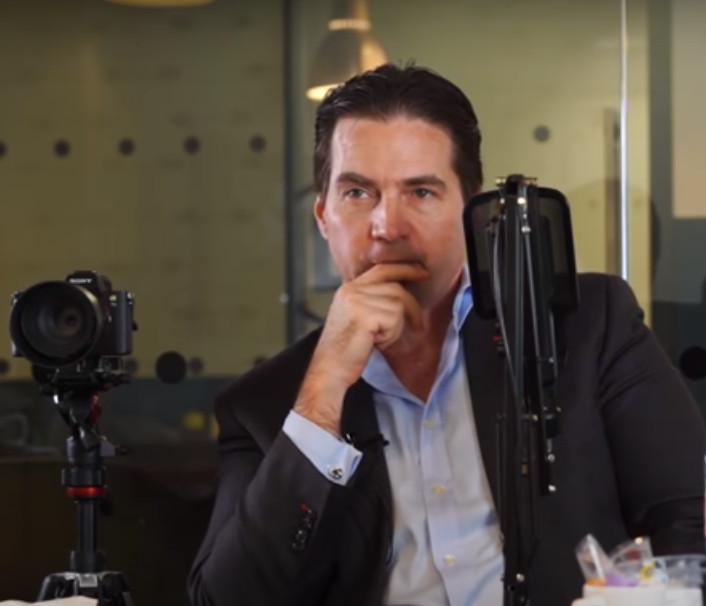 “Dr Craig Wright is Satoshi … There, I Said it!”

Almost 3 years ago, I published a blog article in response to the initial claim by Dr Craig Wright as the creator of Bitcoin; arguably the most advanced technology in our lifetime. The crux of the post was to highlight the fact that it doesn’t actually matter who invented Bitcoin.

On the bellowing calls for Dr Craig Wright to vindicate his declaration by way of signing with the Genesis keys, I had this to say:

“The fact remains that all that would do is confirm the claim and put a face to the name behind Bitcoin. Whether Wright, Bill Gates or Donald Duck is revealed as the true creator, it’s completely irrelevant. Irrelevant to the mechanics of the network. And irrelevant to its future. There’s no governance or ownership of the Bitcoin network to claim.”

And while the above remains as true today, there’s something to be said about having the creator at the helm of a project established to specifically re-establish the bitcoin protocol to its original form: Bitcoin Satoshi Vision (BSV).

In the years since, Dr Craig Wright has been savagely scrutinised and persecuted by those with ‘small-block mentality’, accusing him of fraud and using technobabble to baffle the uninformed.

After years of quietly monitoring the ever-growing hate speech, I reached a breaking point, and – true to my style – took to social media in an epic rant post.

@ProfFaustus (Dr Craig Wright) is #Satoshi… there I said it #flamesuit…… ON!!! 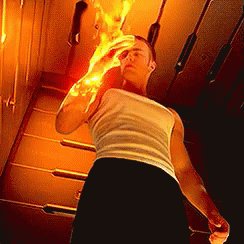 17 people are talking about this

Yes, I finally declared – with no hint of distortion or degree of uncertainty – that I know that Dr Craig Wright is Satoshi Nakamoto. Know .. not believe.

It’s simple. This is not belief, as belief is a fools game. And I am no fool. There’s only what you know and what you don’t know. Study network topology, genetics, primes. You will then begin to expand your perspective to able to comprehend the power baked within bitcoin.

This leads me to deep dive on my frustration with those who continue to deny Wright’s identity as Satoshi, based on a lack of knowledge or understanding on their part.

You must obtain a holistic understanding. Pissing around with the mathematics/economics distorts the biological efficiency of the system. #Bitcoin is about density and containing the concentration of that density within a mathematically whole (closed) network. Think #energy

Bitcoin is Far Bigger Than What You Think

I’ve often stated that the brilliance of Bitcoin lies in its economic incentive model. Individuals and organisations with ‘skin in the game’ would never want to see the network compromised. This is the equivalent of setting fire to one’s own wallet. It’s uneconomical, illogical and inconceivable that any profit-seeking business, with substantial capital investment, would purposefully put themselves into such a situation.

But Bitcoin’s design goes beyond pure economics. Way beyond!

Bitcoin was not shaped on a concept from one specific discipline. Instead, it holds qualities and capabilities that result from combining principles from a variety of sciences, including biology and mathematics. At its core, Bitcoin is a biological network, mimicking the very basis of life itself. This is Bitcoin’s ultimate and untapped power, and absolutely unachievable in other ‘competing’ network structures.

You can NOT achieve this with a mesh network !!! It’s like pouring water (energy) on your kitchen counter, throwing a goldfish on there and expecting it to “breath”. You’ve dissipated the energy. Put it in a bowl (sphere) and close the seal.

It is laughable that people think bitcoins only killer app is a store of value. You’re thinking too small…. once #bitcoin begins to realise it’s potential it becomes everything yet nothing… the secret to understanding this is in the maths of the network and economics.

What most people fail to realise – or refuse to accept – is that Bitcoin isn’t a single utility network. Yes, sound money is a core capability as outlined in the Whitepaper, but the token merely acts as a mechanism to enable a plethora of transactions that are either possible right now or will be feasible with greater scale. The true Bitcoin – BitcoinSV – will enable the storage and exchange of any conceivable piece of information or asset. It’s for everything.

The only person who I’ve ever seen explain and expand upon these subject matters with depth and practical vision is @ProfFaustus .

If you take the time to watch presentations and interviews by Dr Craig Wright with an unbiased mind, you’ll come to understand that he’s been talking about Bitcoin in this way since his first appearance. A good starting point is a panel discussion from The Bitcoin Investor Conference in 2015, where he was virtually unknown, but his understanding of the protocol and its intention was crystal clear.

On the Wrath of Wright

Dr Craig Wright doesn’t do himself any favours when it comes to his profanity-filled outbursts aimed at those who challenge his position and ideas. But consider it this way: Imagine you created this wonderful gift for humanity. You never wanted to be in the limelight. You didn’t need acknowledgement. And so, you handed this project over to people you thought would nurture and protect it. Instead, they’ve bastardised the protocol beyond recognition and created a monster. A monster that looks nothing like the priceless gift you offered. Human ego and greed have taken over and Bitcoin has been taken down an entirely different – and darker – path than intended.

If I was the person who created this beautiful thing and had to sit back for so many years watching others I trusted fuck it up so dramatically, I too would have a few choice words when they insisted on relentlessly attacking my character, qualifications, knowledge and intentions. Any person would lose their shit eventually. Too many people use his sometimes abrasive personality as proof that he couldn’t possibly be the ‘wonderful’ Satoshi Nakamoto.

Opinion is not evidence. Having had many conversations with Dr Craig Wright I can tell you that if you have an alternative view, he’s more than willing to listen — provided you’re approaching the matter from a place of research, knowledge and evidence.

Whether Dr Craig Wright eventually provides the proof everyone seems to want from him or not, in my mind, it doesn’t matter. There’s nothing for him to gain from it. And even if he does, he knows the next false narrative will follow.

I’ve studied every piece of material written by Dr Craig Wright. I’ve listened to his talks and presentations. I’ve sat across from the man and questioned him about the intricacies of Bitcoin. And so, after years of thorough research – based on facts and not emotionally driven opinion – I’m more than confident to categorically state there’s more than sufficient evidence to support Dr Craig Wright is Satoshi Nakamoto.

“Dr Craig Wright is Satoshi … There, I Said it!”