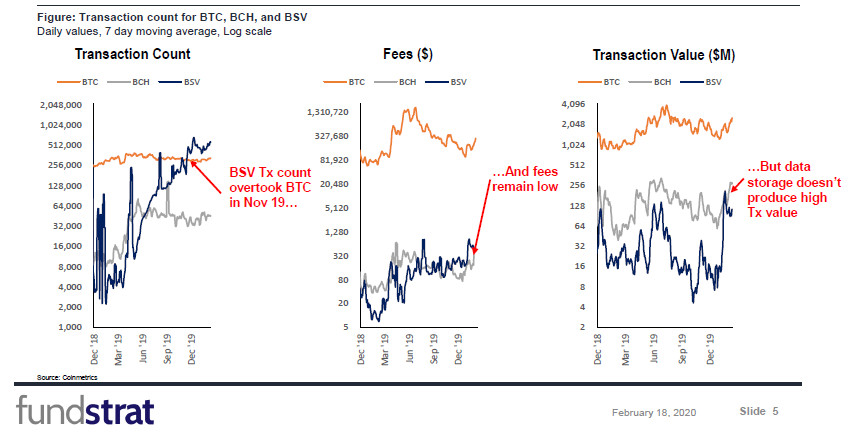 Bitcoin SV (BSV) completed its “Genesis” protocol update on February 4th, 2020. According to BSV’s team, the successful hard fork implements changes that are primarily designed to 1) enable key technical capabilities that existed in the original Bitcoin protocol (client software version 0.1) and 2) expand the blockchain’s scaling potential. The BSV community believes these changes will restore its protocol implementation back to the original Bitcoin design. BSV stakeholders believe the software modifications will further enable its vision of a “Metanet”, which is a world where transactions, data and digital activity of all types can be on a single blockchain, just like the world operates online on a single internet. We view the Genesis protocol changes as positive steps towards building a Metanet that may position BSV for greater adoption, while also noting that it may take time before the design’s ultimate viability is fully proven out.

Bottom line: It’s still early days for cryptocurrency technology and there is little certainty around what the winning implementation will be. The BSV community is taking steps to position BSV as a scalable and robust platform with a focus on growing network adoption.

Metanet: Beyond digital money, towards an on-chain internet (Slide 1)